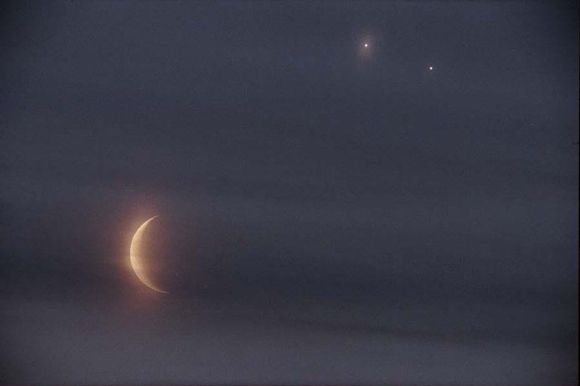 There will be a counting of time in the Millennium period. Let’s take a look at the following passages (underlining is mine).

Zec 14:16 And it hath come to pass, Every one who hath been left of all the nations, Who are coming in against Jerusalem, They have also gone up from year to year, To bow themselves to the King, Jehovah of Hosts, And to celebrate the feast of the booths. (YLT)

Thus, there will be years in the Millennium. We know the feast of booths is also called the feast of tabernacles, or Sukkoth. This Zech passage most scholars say is referring to the “nations that are left” (out of those which were destroyed in the Gr Trib)….

In Rev 22:2 “in the midst of the street thereof. And on this side of the river and on that was the tree of life, bearing twelve manner of fruits, yielding its fruit every month: and the leaves of the tree were for the healing of the nations.” (ASV)

Thus, there will be “months” in the Millennium.

Thought: when Yeshua said that “not one jot or tittle shall pass from the law until all be fulfilled”, didn’t He mean all prophecies and all of His will? If yes, then the law cannot pass away until all prophecies are fulfilled, and all of His will is done on Earth. His will certainly isn’t fully done on Earth as it is in Heaven, and only some prophecies, not all, have been fulfilled. One among many which hasn’t, is the casting of the Devil Satan and the wicked into the Lake of Fire, which comes at the end of the Millennium. This means that the law and the prophets are valid, now and during the Millennium, until all has been fulfilled. Of course we must “use the law lawfully,” 1 Timothy 1:8-10.

Isa 66:23 And it shall come to pass, that from one new moon to another, and from one sabbath to another, shall all flesh come to worship before me, saith Jehovah. (ASV)

And it shall be that from New Moon to New Moon, and from Shabbath to Shabbath, all flesh shall come to worship before Me, declares YHWH. (HS)

Here we have month again. We know that this verse pertains to the Millennium because the one right before it mentions the “new heavens and new earth”. Also in this verse is “Sabbath to Sabbath” which is a weekly observance. Well, it follows that if we have days, then there will be weeks, months, and years too.

Rev 14:11 and the smoke of their torment goeth up for ever and ever; and they have no rest day and night, they that worship the beast and his image, and whoso receiveth the mark of his name. (ASV)

And the smoke of their torment goes up forever and ever. And they have no rest day or night, those worshipping the beast….. (HS)

Rev 21:23 And the city hath no need of the sun, neither of the moon, to shine upon it: for the glory of God did lighten it, and the lamp thereof is the Lamb.

How then will there be months and feasts, if there’ll be no moon? This verse seems to suggest there won’t be a sun or a moon in the new city (Jerusalem), and yet in….

Rev 22:2 in the midst of the street thereof. And on this side of the river and on that was the tree of life, bearing twelve manner of fruits, yielding its fruit every month:

….we can see there will be months.

Maybe there will be a moon and a sun, but just that they won’t be needed for light, because Yehoshua will be their light? Maybe Rev 21:23 is just making a comparison between the light of the sun and moon to the brighter glory of YHWH? This is my guess.

Q – Does this mean literally or figuratively?

If literally, the moon and sun would be way brighter than they are now. Maybe this is part of the renewal of the entire cosmos – the plants grow abundantly, the animals cease to eat one another for food, men live in peace with one another, and so forth; in the Millennium.

This passage suggests that all people living in the Millennium period, will live much longer than they do now. It’s saying that a person 100 years old there, will be considered to be but a youth, a youngster!

This means a full grown man could live to be a thousand years perhaps, like they did before the Flood? If so, the world’s population will increase vastly in a century. Think Yahweh planned it this way, so that the world can be repopulated after the Great Tribulation, when the world’s population is drastically reduced from war, famine, disasters, and pestilences.

So what does the bible really say about time during and after the Millennium? Does time ever completely cease to exist? What exactly is meant by the term ”eternal life”?

Psa 90:4 For a thousand years in thy sight Are but as yesterday when it is past, And as a watch in the night.

We can see then, that His experience of time is much different from ours.

Q – Could a “watch” also refer to something else?

These “watches” were divided into three-hour periods; the number 3 has prophetic overtones. In the “third day” Yehoshua will raise us up – Hos 6:2 After two days will he revive us: on the third day he will raise us up, and we shall live before him. The third day begins after the second day ends. And since in YHWH’s estimation, one day is as a “thousand years” – could this prophetic third day begin when the two- thousand-year period ends? What correlates with that day, and what event started this prophetic three thousand year period? Where are we now?

Let us take a closer look at these ‘two days’ and particularly at the ‘third day’ that Hosea spoke of. The identification of these “two days” as two millennia is given further credence by Hosea’s reference to the “third day” when His people “live in His sight”. The phrase “we shall live in His sight” sounds distinctly millennial. 2,000 years ago Jesus ascended into heaven. He is now with the Father. He will return to this cosmos and this earth. Surely this “third day,” when “we shall live in His sight” speaks of the 1000 year Millennium of Messiah. http://endtimepilgrim.org/twodays.htm about half way down the page.

“And the THIRD DAY there was a marriage in Cana of Galilee; and the mother of Jesus was there” (John 2:1).

This is prophetic meaning of the marriage feast of the Lamb and His Bride. It will take place on earth on the “THIRD DAY,” which will begin when the “TWO DAYS” (2,000 YEARS) since His first Advent have ended.

I agree with the third day prophetic significance of the Lamb’s wedding with the marriage in Cana in Jn 2:1. However, even if our Gregorian calendars are a few years off, shouldn’t the 3rd day or Millennium have begun already, since we’re now in the year 2015, two-thousand and fifteen years since Yehoshua’s birth? Could our calendars be as much as fifteen or more years ahead of YHWH’s calendar? Are we really in the 2015th, or 1999th or 2000th year after Yehoshua’s birth? If this is actually the year 1999 or 2000, then Yehoshua’s return could easily be this year or next!

The encounter of Jesus with the Samaritan woman is described in the fourth chapter of John. After spending “TWO DAYS” with the Samaritans, Jesus returned to the Jews and raised the nobleman’s son from the point of death. This is prophetic of the “TWO DAYS” or 2,000 yrs. between the first and second Advents of our Lord Jesus Christ to Israel. The Bible says: “So when the Samaritans were come unto him, they besought him that he would tarry with them: and he abode there “TWO DAYS” (John 4:40).

After “TWO DAYS” Christ Jesus will again return to the Jews and raise them up from their spiritual death as typified by the nobleman’s son and they will live in His sight on earth in the “THIRD DAY.”

We now know that our Gregorian calendar used in the U.S. and the West is not exactly in sync with the birth of Christ. Our Gregorian timepiece is a few years fast. However, it is close because in the 20th century since Christ’s birth, Israel became a political state again in the Promised Land on May 14, 1948. This was very necessary in order for Israel to make “a covenant with many.” Also, the old city of Jerusalem was recaptured from Jordan in 1967. Control of old Jerusalem is necessary for Israel to rebuild the tribulation-temple there. Indeed, God has been setting the stage as the end of “TWO DAYS” or 2,000 yrs. is very nigh at hand!!