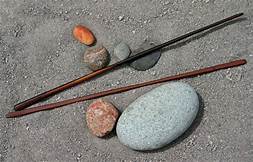 As a child I learned this little rhyme, “sticks and stones may break my bones, but words will never hurt me.” But, as most of us have found out, words DO hurt, and sometimes quite a lot.

Anytime someone cusses at or calls a person a bad name, they’re criticizing a human being who is made in God’s image and likeness! God doesn’t take kindly to the person who diminishes and puts down His crowning creation – MAN! In essence, when you criticize, put down, cuss out, and call others ugly names, you’re insulting God since all human beings are made in His image. Think about that for a moment. Calling someone a bitch or bastard for instance is not only hurtful but is the devil’s attempt to diminish the sacredness of that person. Calling people derogatory names shows a great lack of respect for them, and no one deserves to be treated that way no matter what they’ve said or done.

Whoever does such things is a HATER, and all such speech is abusive HATE SPEECH!

God has said, 1Jn 3:15 Whosoever hateth his brother is a murderer: and ye know that no murderer hath eternal life abiding in him. 1Jn 2:9 He that saith he is in the light, and hateth his brother, is in darkness even until now.

In fact, God despises such speech so much that He gives this stern warning –

The KJV states that you shall be in danger of judgment if you’re angry with your brother – eikē, inconsiderably, without purpose, without just cause [Thayer’s Greek Definitions] In other words, you better have a valid reason for being angry with someone. Lots of times we get angry at someone just because what they said was right and it put us in our place by showing us where we were wrong. Sometimes people get angry at those who hold different political or religious views from theirs which can lead to violence. Victims of displaced anger often dump their anger onto some innocent person in an attempt to rid themselves of it. There are many forms and variations of unjust, selfish and purposeless anger; all of which place the perpetrator in danger of judgement and or hell fire, according to God’s Word!

I like the Jubilee bible version where it says “out of control.” In essence what it’s saying is that not all anger is unjustified, just ‘out of control’ anger like yelling, cussing, calling people ugly names, tearing them down, and causing them physical, emotional, and or mental harm and anguish. People who allow their tempers to get out of control are capable of doing great harm to their neighbors, which is why God warns us to control, or have dominion over our emotions. People in control of their anger don’t lash out at others but are able to calmly and quietly talk about what’s bothering them. This is the adult way to work out conflicts whenever they arise between individuals and or groups. Eph 4:31 Let all bitterness, and wrath, and anger, and clamour, and evil speaking, be put away from you…

Anger is one of several emotions God gave to humans for a reason. Some situations merit our anger – child abuse and neglect, wife beating, and animal abuse just to name a few. Anger is a signal that something is wrong; it’s also a normal and healthy reaction to being treated unjustly. Anger requires taking action, like confronting someone who’s wronged you or others. Anger over genocide and other injustices can energize you towards seeking a solution to those crimes. God says that ANGER in itself is NOT sin. Anger when it’s under one’s control isn’t sinful – Eph 4:26 Be ye angry, and sin not…. It’s only out-of-control, undeserved, and purposeless anger (that which serves no good purpose) and the behavior which follows that is sinful. The family pet doesn’t deserve to be kicked nor does kicking it serve any useful purpose, and children don’t deserve to be battered. Anyone doing such things is not in control of his or her temper and needs spiritual and or psychological help.

Gen 4:2 And she again bare his brother Abel. And Abel was a keeper of sheep, but Cain was a tiller of the ground.

Gen 4:3 And in process of time it came to pass, that Cain brought of the fruit of the ground an offering unto the LORD.

Gen 4:4 And Abel, he also brought of the firstlings of his flock and of the fat thereof. And the LORD had respect unto Abel and to his offering:

Gen 4:5 But unto Cain and to his offering he had not respect. And Cain was very wroth, and his countenance fell. (*’wroth’ is Old English for ‘angry.’)

Gen 4:6 And the LORD said unto Cain, Why art thou wroth? and why is thy countenance fallen?

Gen 4:7 If thou doest well, shalt thou not be accepted? and if thou doest not well, sin lieth at the door. And unto thee shall be his desire, and thou shalt rule over him.

Gen 4:9 And the LORD said unto Cain, Where is Abel thy brother? And he said, I know not: Am I my brother’s keeper?

Gen 4:10 And he said, What hast thou done? the voice of thy brother’s blood crieth unto me from the ground.

Cain failed to get dominion or control over his anger and as a result killed his brother in a fit of rage. From then on Cain’s life was cursed, for the act of murder carries a curse. Deuteronomy 27:24 Cursed is he that smites his neighbour secretly. An example of how a curse can play out – 2 Samuel 12:9 – 11 Why, therefore, hast thou despised the commandment of the LORD, to do evil in his sight? Thou hast killed Uriah, the Hittite, with the sword and hast taken his wife to be thy wife and hast slain him with the sword of the sons of Ammon. Now, therefore, the sword shall never depart from thy house because thou hast despised me and hast taken the wife of Uriah, the Hittite, to be thy wife. Thus hath the LORD said, Behold, I will raise up evil against thee out of thy own house, and I will take thy wives before thy eyes and give them unto thy neighbour,….

So, why not take hold of God’s instructions in the Bible and be “wise” instead of “foolish?”