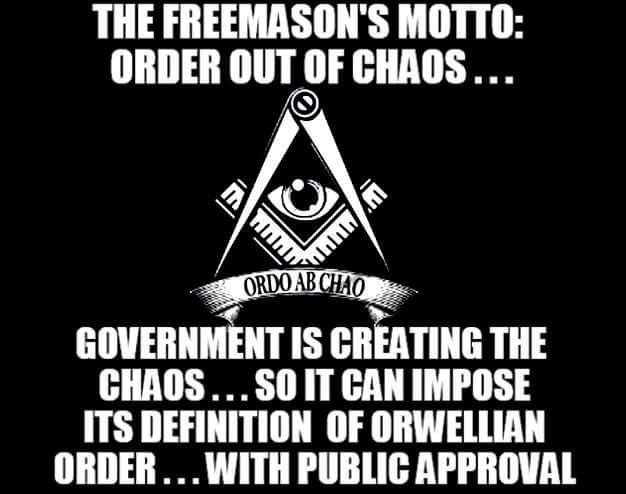 A few months ago I had a dream in which I saw a picture of SET, the god of “chaos,” war, and storms http://spirit-wind.org/a-usurper-increasing-chaos-in-america/  My interpretation of the dream was that “chaos” and storms would be coming en force to the whole world and that is precisely what’s been happening ever since. We are now seeing the Taliban takeover of Afghanistan, causing massive “chaos” throughout the region. Every time you tune into the news you see the word “CHAOS” emblazoned across your TV screen. You hear newscasters repeating the word “chaos” over and over with regards to what’s happening there and other parts of the world.

The dream was prophetic, predicting a future event and things to come, which are now a present reality. I suspect what we are seeing is just the beginning of “chaos,” for its purpose is to stir up panic, confusion, strife, and destruction of the present order so that the undercover conspirators can usher in their long awaited New World Order. Believe it or not, the New World Order is here now and not far off into the future; http://spirit-wind.org/preparing-a-people-in-2020/ it awaits only the placement of the ‘capstone’ to be finalized.

“Order out of Chaos” or ‘Ordo Ab Chao’ in Latin is the slogan of the 33rd degree of Freemasonry [1]. “Secret Societies have a great motto ‘Ordo Ab Chao’ meaning ‘Order Out of Chaos’. Agendas are formulated designed to give the powerful more power. Chaos is created, and media blitzed. Then cries go out for solution. Laws are passed which could never have been passed without the chaos. The order, has reigned through deception of the masses, and the agenda is accomplished.” [2]

In the new world order there will be a centralized seat of power (possibly the U.N.) from which the whole world will be governed by one ruler. Democracies and all other forms of government will become extinct and the majority of earthlings will either submit to (and worship) this Beast power or face death by execution or starvation. As we’re seeing right now with the government’s rigorous totalitarian vaccination program – if you don’t get vaccinated you’ll loose your job, won’t be allowed into some colleges, sports events, clubs, restaurants, etc. In other words, we’re being coerced into submitting to unsafe and unproven shots [3] through threat of having our means of survival taken away from us, similar to what the Bible prophesied in Rev 13:16-17  “And he causeth all, both small and great, rich and poor, free and bond, to receive a mark in their right hand, or in their foreheads: And that no man might buy or sell, save he that had the mark, or the name of the beast, or the number of his name.” Not that the shots are the ‘mark’ but maybe they’re the precursor of the ‘mark’ which is to be administered at a later date?

Here’s a question for you dear reader, “Why did President Biden not take intelligence advice and warnings about what would occur if he suddenly pulled all our troops out of Afghanistan? Why did Biden ignore the warnings and pull our troops out all at once instead of in stages, and why didn’t he evacuate the thousands of Americans living there, first? You may find my answer shocking, but here it is – Biden pulled our troops out all at once and didn’t evacuate Americans first because he WANTED to create chaos!

That’s right, Biden is all for the New World Order; he knows that the way to establish it is to create “chaos” and DESTROY the present world order and all other forms of government. Biden put Americans in danger by his sudden and total removal of American troops from Afghanistan, showing how little he cares about American lives! Biden’s stubborn refusal to admit he made a mistake removing troops all at once, is a wakeup call. Joe Biden was a big mistake for America, one we’ll regret well into the future.

An article penned by Joe Biden in 1992 reveals how long he’s pledged allegiance to the New World Order system. The Wall Street Journal op-ed, titled “How I Learned to Love the New World Order”, Biden, then a Delaware senator, explained his plans to cede America’s sovereignty to the United Nations and establish a one world government by “breathing life into the U.N. Charter”… [4]

If you can believe that the Plan is to create “chaos” so that the current world order can be replaced with a New World Order, then you’ll understand why events are happening the way they are. EVERYTHING of significance that’s happening in the world today is being orchestrated to bring about the NWO; nothing that occurs is accidental, NOTHING! If you can get this, you won’t be confused or bewildered by all the “chaos,” destruction of world powers, wars, take-overs, politically motivated decisions (like Biden’s), and so on.

Now that you understand why things are happening the way they are, what can you do about it? Well, there’s nothing anyone can do to stop the advancement of the New World Order (prophesied in the bible) but you can and must decide sooner or later whose side you’re on. Will you side with the NWO and its tyrannical dictates, or will you side with the King of Kings, the ultimate Ruler of this world who will set up His Reign on earth at the start of the Millennium? This decision won’t be an easy one for some people, perhaps for most, as who wants to give up everything they have?

Truly, many will submit to the NWO to their ruin. Didn’t Jesus say to the rich, young ruler, Mat 19:21  Jesus said unto him, If thou wilt be perfect, go and sell that thou hast, and give to the poor, and thou shalt have treasure in heaven: and come and follow me. Mat 19:22  But when the young man heard that saying, he went away sorrowful: for he had great possessions. Jesus also said that unless we’re willing to give up everything we have to follow Him, we’re not worthy of Him – Luk 14:33  So likewise, whosoever he be of you that forsaketh not all that he hath, he cannot be my disciple. Joh 12:25  He that loveth his life shall lose it; and he that hateth his life in this world shall keep it unto life eternal.

I guess the BIG test for every human being at this point in time is choosing who’ll they’ll submit themselves to, Christ and His Kingdom rule, or to the Devil’s New World Order. I wonder which one you’ll submit to. May you find the strength and resolve to follow Jesus, even if it means losing your life here and everything you own, so that you may gain Eternal Life. Seek for Him with all of your heart, and you will surely find Him.

Leave comments if you wish.

Please note that I don’t agree with everything written at the above websites; I use only that which I know to be true.