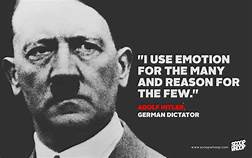 This phrase, Donald the Desolator, popped into my head on November 10, of 2020. Was it just flotsam or something more? Could it have been a word of wisdom from beyond the veil? Was it a revelation about Donald J. Trump’s true character and or mission here at this time in history? Or, was it just my soul’s response to things Trump had been saying and doing before, during, and after the November 2020 presidential election? For instance, I don’t recall President Trump expressing sorrow or disgust over the attack on the Capitol or for those who were hurt or killed during that raid. If he cared about the victims wouldn’t he have said something about them? Another omission – Trump didn’t meet his supporters at the Capitol like he told them he would; he abandoned them instead. Makes me think that Trump knew his supporters were primed and ready for a “fight” and he wasn’t about to put himself in harms way!

To “desolate” means to “destroy” From H8074; A primitive root; to stun (or intransitively grow numb), that is, devastate or (figuratively) stupefy (both usually in a passive sense): – make amazed, be astonied, (be an) astonish (-ment), (be, bring into, unto, lay, lie, make) desolate (-ion, places), be destitute, destroy (self), (lay, lie, make) waste, wonder. [Strong’s Bible Concordance]

From Collins Dictionary to “desolate” means to deprive of inhabitants; depopulate, make barren or lay waste; devastate, to make wretched or forlorn, to forsake or abandon. [1]

Thus, a “desolator” is someone who “desolates or destroys.” Did Donald J. Trump destroy people? Yes, I think he destroyed people he didn’t like or who disagreed with him with vicious slander, and I believe most people would agree that Trump has astonished, amazed, and stunned the world with his words and actions over the course of his presidency.

There’s only one place in the Bible where the word “desolator” is mentioned and that is in the Old Testament book of Daniel – Dan. 9:27, And he shall make a firm covenant with many for one week: and for the half of the week he shall cause the sacrifice and the oblation to cease; and upon the wing of abominations shall come one that maketh desolate; and even unto the consummation, and that determined, shall wrath be poured out upon the desolator. [Revised Version] The Tree of Life version has it as: “on the one who destroys.” The English Standard and Amplified versions also render the term as “desolator,” while the King James and a few other versions have it as, “desolate” which doesn’t seem to fit the context of the verse, or make sense. Why would wrath be poured out upon the “desolate” who are already destroyed, instead of upon the one who did the desolating?

Am I saying that I think Donald Trump is the endtime Antichrist? No, but I believe that he is an antichrist because his character is in every way “opposed to” and “opposite” that of Christ! http://spirit-wind.org/lying-prophets-the-antichrist-spirit/ Def. of Antichrist = an opponent or adversary of the Messiah: – antichrist. [Strong’s] Antichrist also means to “take the place of” or a “substitution for” Christ. Any man, woman, or thing which makes him/her/itself a substitution for Christ is an antichrist! Pause and think about this for a minute. Did Trump not take Christ’s place in the hearts and minds of many thousands of professing Christians over the past five years or so? Haven’t they practically WORSHIPPED him? The Bible says Christians are to worship God alone, Matthew 4:10, Thou shalt worship the Lord thy God, and him only shalt thou serve. Exo 34:14  For thou shalt worship no other god: for the LORD, whose name is Jealous, is a jealous God. Christians placed too much trust and hope in Donald Trump, which is why I believe God removed him from office. Why is it so important for believers to put their hope only in God? Because most men (and women) will ultimately FAIL you! Only God is infallible and perfect in all of His ways, Psa 18:30  As for God, his way is perfect.

I think Trump is someone we should watch very closely, despite his age. Is it possible he could revitalize himself by injecting some youth hormone or angelic DNA into himself? While that may sound ‘out there,’ the possibility exists. At the very least, his words and behaviors typify those of a tyrant or a dictator. Traits of dictators and Narcissists: demanding absolute loyalty, adoration, and praise from their subjects; never admitting when they’re wrong and blaming others for their mistakes, believing the end justifies the means, intimidation and control of the media, politicizing the civil service, military, National Guard, or domestic security agencies, fear-mongering, demonizing the opposition, ability to mesmerize people, and more. [2] “The dictatorship is a form of government that focuses its regime on the figure of a single person. Power without limits, no constitutional laws, intrusion in people’s private lives, fading of the figure of the president, control of mass media, violation of human rights, control through fear, and using the church as a means of domination.” [3]

Throughout his tenure as president, Trump’s words and actions have been “desolating” or “destructive.” It gives me no pleasure at all to say that, or this……..

Americans got beguiled by Donald Trump’s rhetoric. [4] Before he was president his words and speeches sounded good to millions of sincere Americans hoping for a president who finally represented their conservative values. Let’s face it, for decades American presidents have not represented the vast majority of American’s conservative values. This is what I believe caused them to vote for Donald Trump in 2016 and to revolt in 2021. That by no means justifies what happened on Jan. 6, but only points out that it is in part a result of having their values constantly trampled down by Liberals and Progressives for far too long. Put festering frustrations and inflammatory rhetoric together and you get what happened at the Capitol on January 6, 2021. Maybe it’s no coincidence that Trump’s mantra “Make America Great Again” or “MAGA” in Hebrew means, ‘TO CONNECT AS IN COMBAT.’ [5]

What was most disturbing to me were those Trump supporters carrying and holding up banners or signs with the name “Jesus” or the phrase, “God Wins!” on them. Really? What did God win that day? What on earth did God or His Son Jesus have to do with the violent attack on Capitol police and the Captiol building which resulted in five deaths and many injuries? Jesus was a humble, peaceful, loving man who went about doing good and healing people. What an insult it was to God and to true Christians who adhere to the Bible as their code of ethics and guidebook for life. Those rioters took God’s name in vain by claiming that He was involved in, or behind their violent acts. This gave the unbelieving world an opportunity to mock Christians and their faith once again, and worse, it may give authorities a reason to round up, arrest, and imprison Christians who aren’t part of this violent, radical bunch. An example of two followers of Christ considering violence – Luk 9:51-56  And it came to pass, when the time was come that he should be received up, he stedfastly set his face to go to Jerusalem, And sent messengers before his face: and they went, and entered into a village of the Samaritans, to make ready for him. And they did not receive him, because his face was as though he would go to Jerusalem.  And when his disciples James and John saw this, they said, Lord, wilt thou that we command fire to come down from heaven, and consume them, even as Elias did? But he turned, and rebuked them, and said, Ye know not what manner of spirit ye are of. For the Son of man is not come to destroy men’s lives, but to save them. Christians, you see don’t you, that this same “destructive spirit” in the rioters seeking to destroy men instead of save them IS NOT, AND CANNOT BE OF THE LORD?

What, in all of this is the ‘silver lining,’ if there is one? Well, to begin with, there is renewed talk by at least one state caucus of doing away with or at least revising the Electoral College; a measure that would truly let every vote be counted.

What lessons can we learn from Trump’s shortcomings and the attack on our Capitol?

This is why we need checks and balances of power like we have in the three branches of our government – the Executive, Legislative, and Judicial; leaving no room for Dictatorship. Another lesson we can glean from the Capitol siege is that WORDS MATTER! That old saying, “Sticks and stones may break my bones but words will never hurt me,” is wrong. Words can hurt when they’re used to destroy someone’s reputation or incite an insurrection as we’ve just seen on Jan. 6. One other lesson which stands out to me, is that we need to be very careful of who and what we listen to and what we allow our minds to dwell on, for we become what we think.

The Bible says in Proverbs 16:18, “Pride goeth before destruction, and an haughty spirit before a fall.”  Dan 4:37  Now I Nebuchadnezzar praise and extol and honour the King of heaven, all whose works are truth, and his ways judgment: and those that walk in pride he is able to abase. Donald Trump’s huge ego and pride isn’t the mark (character) of a true believer/ follower of Jesus Christ! The lesson we can take from his mistake is to stay humble because pride blinds a person to their weaknesses, which can be very dangerous. Prideful, self-absorbed people have no empathy or time for other’s needs or interests and are unable to admit their mistakes, blaming others for them instead. God hates pride, Pro 6:16 -19 These six things doth the LORD hate: yea, seven are an abomination unto him: A proud look, a lying tongue, and hands that shed innocent blood, An heart that deviseth wicked imaginations, feet that be swift in running to mischief, A false witness that speaketh lies, and he that soweth discord among brethren.

Do I hate Donald Trump? No, but I strongly dislike and have zero respect for him for what he has done. He has caused immense disruption and destruction to our govenment and to the American people, with his Narcissistic, self-serving lies and betrayals of gov’t officials, his oath of office, and the Church who he merely USED to get himself elected in 2016. Donald Trump is a DANGEROUS Narcissist, who would do anything to get what he wants. We should all be very wary of him and his entire family.

As for the new administration —

If Joe Biden and his staff are serious about healing the soul of America and bringing everyone together, let them begin by sincerely listening to ALL American’s concerns, including those of Conservatives. Over many decades it has been the Liberals, many of them far Left of the political spectrum, who have held the reins of power in Washington D.C. In 2016 conservative Americans regained their hope for equal representation in government, but that hope appears to be fading with the election of Joe Biden, a fifty-fifty split between Republicans and Democrats in the U.S. Senate, and a Democratic House majority in 2021.

It’s my opinion, as is this entire discourse, that until ALL Americans, including Conservatives, are equally and fairly represented in America’s government and laws – there will be no healing and no coming together as ‘one nation.’ Division and strife will continue to be the order of the day so long as Liberal voices are the only ones being heard and their values are the only ones being considered.

[4] https://www.dictionary.com/browse/rhetoric  “The undue use of exaggeration or display; bombast.”