I was looking at this scene from a distance. I saw a Goat with two horns; similar to pictures I’ve seen of the Goat of Mendes or Baphomet. It wore a crown of some sort and sat on a seat resembling a throne. A man whose identity I couldn’t discern, approached the goat’s throne and knelt down before it. As he did, the goat stretched forth his hand and the man kissed the ring on the goat’s hand. The ring was round and red like a ruby. In the middle of it was a six-pointed star, sometimes called Star of David, other times Solomon’s Seal [1]. Interestingly, the name of a wealthy Jewish banker and Freemason, ‘Rothschild,’ means ‘red shield’ and the goat’s ring was red. The modern Israeli flag depicts a blue star but the original symbol was red. [2]

The kissing of a ring on a dignitary’s hand is a gesture of reverence but also of servitude! [3]

Kissing the Ring of the Fisherman, or the Pescatorio in Italian, is a Roman Catholic tradition that has been passed down for centuries.  Each newly ordained

Pope is given a gold ring with his name in raised lettering and the image of St. Peter in a fishing boat.

The Pope is believed to be the spiritual inheritor of the apostle Peter, who was known as one of the “fishers of men” (Mark 1:17). Originally the ring was used to seal documents, historically called papal briefs. However, this custom ended in 1842 when the wax seal was replaced by a stamp. Today, followers of the Catholic faith pay respect to the reining Pope by kneeling before him and kissing his ring. Source: Wikipedia.com [4]

Isn’t that interesting? Might there be a connection between the ‘goat’ the ‘ring’ and the Pope? The Goat of Mendes is a symbol of Lucifer whom the Freemasons revere (worship). Freemasons claim to revere the God of the Bible but don’t and actually worship Lucifer while deceiving the world that they accept all religions into their organization.  Bowing down to statues and kissing rings is all IDOL WORSHIP and should never be done by a professing Christian. Don’t be fooled as the wrath of almighty God will fall upon all who do such things: Rev 14:8 – 11  And there followed another angel, saying, Babylon is fallen, is fallen, that great city, because she made all nations drink of the wine of the wrath of her fornication. And the third angel followed them, saying with a loud voice, If any man worship the beast and his image, and receive his mark in his forehead, or in his hand, The same shall drink of the wine of the wrath of God, which is poured out without mixture into the cup of his indignation; and he shall be tormented with fire and brimstone in the presence of the holy angels, and in the presence of the Lamb: And the smoke of their torment ascendeth up for ever and ever: and they have no rest day nor night, who worship the beast and his image, and whosoever receiveth the mark of his name.

Who is this mystery Babylon, Mother of Harlots, the great Whore of the whole earth upon whom God’s pours out His wrath? HINT: Only a church that professes to revere Jesus and His Father, can be a “harlot.” Since harlots commit fornication and adultery, ONLY an “adulterous church,” one that professes to revere Christ but reveres a false god, thereby committing “spiritual adultery” against Christ, can be the Great Whore, the Mother of Harlots – Rev. 17:1-18. The harlot has many daughters. Jesus Christ tells His true Church to get out of Babylon the Harlot and her daughters – Rev 18:4  And I heard another voice from heaven, saying, Come out of her, my people, that ye be not partakers of her sins, and that ye receive not of her plagues. Will YOU obey the voice of God’s Spirit, or will you worship and serve the idol-worshiping Luciferian harlot church, thereby taking its MARK in your forehead and right hand? 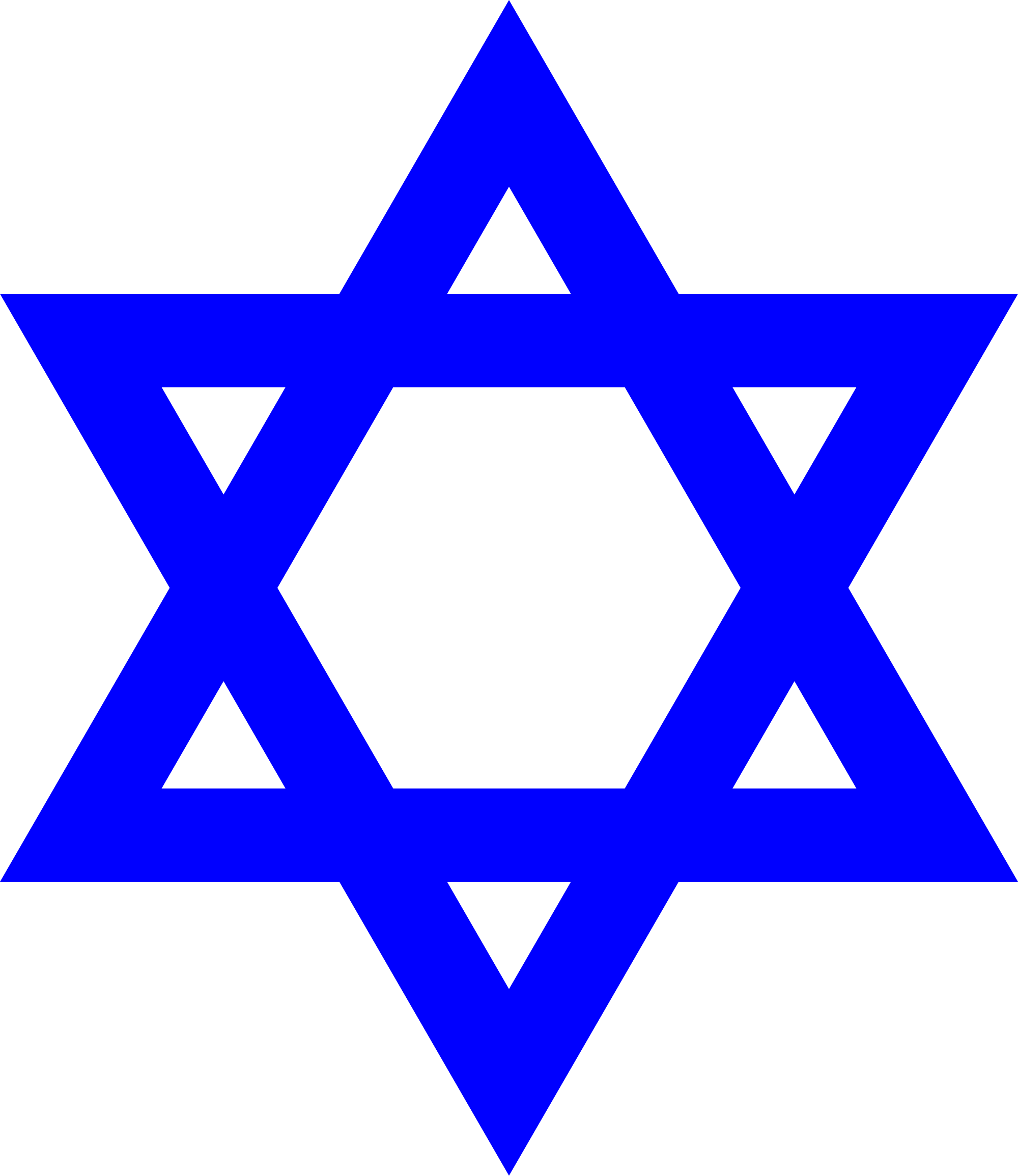 In ancient times kings wore what were called Signet rings [5] with which they sealed letters so that anyone receiving them would know they came from the king when they saw his seal. Thus, the Signet ring was a symbol of a king’s authority. It may be that the six-pointed star is the Mark of the Beast and whoever receives it, declares Lucifer’s authority over Yahweh! Rev 13:17 And that no man might buy or sell, save he that had the mark, or the name of the beast, or the number of his name. Rev 13:16 And he causeth all, both small and great, rich and poor, free and bond, to receive a mark in their right hand, or in their foreheads:

“The Greek word for “mark” in these verses is charagma. Strong’s Concordance defines this word as a mark that is stamped, branded, imprinted or engraved on the individual’s forehead or hand, rather than implanted in the skin.” [6]

“The hexagram was brought to the Jewish people by Solomon when he turned to witchcraft and idolatry after his marriage to Pharaoh’s daughter in 922B.C. It became known as the Seal of Solomon in Egyptian magic and witchcraft. David had absolutely nothing to do with the hexagram and that star most certainly did not, in any way represent God’s people. Solomon gave himself up to satanic worship and built altars to Ashtoreth and Moloch (Saturn). Moloch, Chiun and Remphan are all names for the star god, Saturn, whose symbol is a six pointed star formed by two triangles. Saturn was the supreme god of the Chaldeans.” [7] ‘Remphan’ [8] While the six-pointed star became the modern symbol of the State of Israel established in 1949, the original, official symbol of Israel was the seven-branched Menorah.  Seven is a number used with reference to God and His attributes, like the Seven Spirits of God for example, while six is the number of man.“The six-pointed star symbolizes man’s ascent to divinity…. ” Link to full article in citation [3]. The Six-pointed star contains the number 666 (the Antichrist’s number) within its configuration. Apostate King Solomon adorned his temple with this symbol. While King Solomon started off right, later in his life he abandoned the God of Israel and began worshiping the many false gods his numerous wives brought into the temple. In essence, by promoting the worship of many false religions, apostate King Solomon became the very first MASON. Like Nimrod, who was the first world despot, there are many ‘firsts’ found in biblical history if we follow the trails to their origins. Satanists, Occultists and Freemasons venerate King Solomon, who owned a magic ring that was engraved with the Seal of Solomon, which gave him power over the invisible monarchy of demons. (The History And Practice Of Magic, Vol. 2) The end times False Messiah will no doubt be like a reincarnated Solomon, who unites the world together with his wisdom. [9] [10]

The six-pointed star is used today as a symbol in Masonic Lodges all over the world, which brings me to the point, or meaning of the dream. Though I may be wrong, the dream could be portraying that the end-time, one world religion will be Masonry, or a derivative of it. Since the one world church [11] will embrace multiple religions (as did Solomon of old), and Masons claim that they embrace ALL RELIGIONS (although they really worship Lucifer the Devil, and embrace his religion Satanism), it seems a logical conclusion. Masons are adept at fooling their lower level initiates into believing the LIE that they embrace all religions. Masonry is a vast organization with deep roots all over the world. It has operated undetected to a large extent due to its ability to keep its true allegiance and agenda hidden from the general populace. I believe the time is fast approaching when it won’t hide its true allegiance anymore, but will openly declare its worship of Satan and demand the same from the whole world. Might the mysterious man in the dream who kissed the goat’s ring, be the False Messiah, and or, every man and woman who worships the Beast, his number, his name, and his mark?

In the middle Ages it was common to find amulets and talismans which reproduced the Seal of Solomon…It was believed that these magic drawings protected the wearer from the influence of demons and evil spirits, or just bad luck. It was also common to record the seal on a frame or lintel of the entrance door to homes…with the same protective character against the spirits or to potential fires. – The Hexagram, Star of David or Seal of Solomon,  http://Looking4thetruth77.blogspot.com

[5] Rather than signing their name on a document, people would use a signet ring to make their mark. The ring would be pressed into hot wax or soft clay, and would leave a distinctive impression that functioned as an official seal. Used by rulers and religious leaders, a signet ring could be used to mark a document, a doorway, or even to seal a tomb. When someone saw the mark of the king, it proved authenticity. The seal could not be opened without damaging the identifying mark, making it difficult to tamper with. The Bible also contains references to signet rings. The Old Testament tells the story of Daniel in the lion’s den. The king closed the mouth of the den, and then sealed it with his signet ring and those of his nobles, so that Daniel could not escape. (Daniel 6:17) Author: Jason Phillips, Posted@ http://www.history1700s.com/index.php/articles/14-guest-authors/703-modern-history-of-signet-ring-how-it-got-its-existence.html

[6] 5480 charagma 1) a stamp, an imprinted mark; stamped on the forehead or the right hand as the badge of the followers of the Antichrist; 1b) the mark branded upon horses; 2) thing carved, sculpture, graven work; 2a) of idolatrous images. http://www.jesus-is-savior.com/False%20Religions/Wicca%20&%20Witchcraft/star_of_david.htm

[8] Rhemphan By incorrect transliteration for a word of Hebrew origin [H3594]; Remphan (that is, Kijun), an Egyptian idol: – Remphan. Acts 7:43 – The tabernacle of Moloch (tēn skēnēn tou Moloch). Or tent of Moloch which they took up after each halt instead of the tabernacle of Jehovah. Moloch was the god of the Amorites to whom children were offered as live sacrifices, an ox-headed image with arms outstretched in which children were placed and hollow underneath so that fire could burn underneath.The star of the god Rephan (to astron tou theou Rompha). Spelled also Romphan and Remphan. Supposed to be Coptic for the star Saturn to which the Egyptians, Arabs, and Phoenicians gave worship. But some scholars take the Hebrew Kiyyoon to mean statues and not a proper name at all, “statues of your gods” carried in procession, making “figures” (tupous) with both “tabernacle” and “star” which they carried in procession.