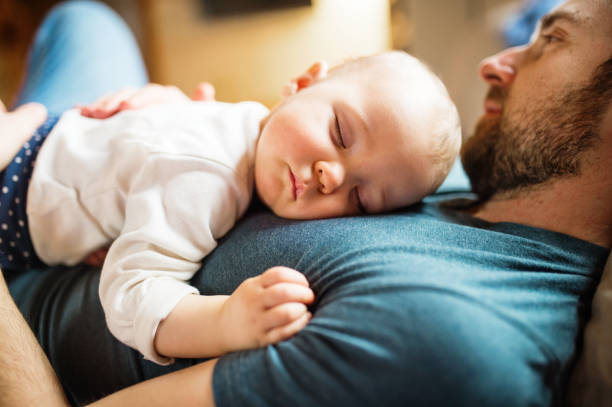 Contrary to popular opinion, the 6th Commandment doesn’t say, “Do not kill” – in the original language the word used was râtsach, which is closer in meaning to ‘murder.’ So, the sixth Commandment more properly should read, “Do not murder.” Murder is defined as an illegal, premeditated taking of another’s life, often in a cruel manner [1], whereas killing is legal (as in war or putting down a vicious or rabid animal). Not all wars are moral, nor is all manner of killing, for some killing is immoral and wrong despite it’s being legalized by men’s laws.

A case in point is Abortion, while legal in many places, it’s immoral and wrong according to God’s Law, and is a premeditated ritual murdering of a child in its mother’s womb. Why murder? Because it’s predmeditated and often cruelly done, thus, both mother and abortionist are guilty of ‘murder’ when an abortion takes place.

Ladies out there, please listen and take what I’m about to tell you to heart, for it’s the truth about abortion and not propaganda like what many abortionists and their proponents propagate.

Ending the life of your unborn child deeply offends God for each human being is a miracle and most precious to Him – Psa 139:13  For thou hast possessed my reins: thou hast covered me in my mother’s womb. Psa 139:14  I will praise thee; for I am fearfully and wonderfully made: marvellous are thy works; and that my soul knoweth right well. Psa 139:15  My substance was not hid from thee, when I was made in secret, and curiously wrought in the lowest parts of the earth. Psa 139:16  Thine eyes did see my substance, yet being unperfect; and in thy book all my members were written, which in continuance were fashioned, when as yet there was none of them. All human beings are precious to Him, for God is love – 1 John 4:8. God gave His Ten Commandments and other directives so that humans would know right from wrong, then gave all men a free will so that they can choose between those two polarities. Thus, when we choose to do wrong our consciences should convict us and smite us with guilt and shame over our wrongful act or thought. When it doesn’t, it means our conscience has become deadened, “seared” the Bible calls it; unable to function due to repeatedly ignoring and going against it’s guidance [Eph 4:19, 1 Tim 4:2, Romans 1:28 & 29]. Having “reprobate minds” and seared consciences “without feeling,” people in this sorry state are in danger of loosing their souls.

To all the young women out there who may at this very moment be contemplating having an abortion, please consider what I’m about to tell you before you make a tragic mistake. Most women who’ve had an abortion regret their decision and feel deep remorse, guilt, and shame afterwards. Many experience gruesome mightmares about the procedure months, even years later. Memories of that awful, terrible moment when the life of their baby is terminated by the terminator, bring back feelings of regret, guilt, and shame. There’s no way to avoid these feelings if you have a functioning conscience and heart, of course there are some who have neither, and cold-heartedly terminate their unborn child without a second thought. Such women are to be pitied for they harm not only their unborn, but themselves and all of society; “the blood of the slain cries out for vengeance,” the killing of innocents POLUTES the earth, http://spirit-wind.org/their-blood-cries-out/. The fake prophets blame fossil fuel and global warming for most calamities on our planet today, but what’s really causing them is a culture of DEATH. We pollute the ground we walk on and grow food in with the innocent blood of the UNBORN which numbers somewhere in the trillions at this point.

When the still, small voice of your consience within you whispers, “Don’t have that abortion,” it’s trying to keep you from killing a piece of your own soul! Abortion is murder, and like all sin, it destroys life, peace, joy, good will, and many of life’s other blessings. Remember, the loss of even one soul is a great tragedy in God’s eyes and it pains Him terribly – 1 Tim 2:4, Jn 3:16, Ps 116:15. If we could see into the gentle, loving heart of God and look into His compassion-filled eyes, we would never sin against Him or our fellow man. Let’s stop being so selfish! Jesus, the Son of God was “selfless” – He gave up his soul, His life, so that all men could be saved [John 3:16].

Ladies, there are alternatives to having an abortion! There are hundreds of clinics out there to help women keep their babies, or put them up for adoption and there are different types of adoption nowdays where the birth mother can see and have a relationship with her child while it’s growing up in the adoptive parents household; this is called and Open Adoption. Some adoptions are ‘closed,’ where the birth mother or father can’t have any contact with their child until it reaches adulthood. At that time the Adoptee (adopted child) can choose to search for its birth-mother or father; there are many happy and some not so happy ones, but at least Adoption gives LIFE to an unwanted child, while Abortion only gives DEATH. Don’t you think your child deserves a chance to LIVE? Only you can make that choice, but be aware that if you choose death for your child, it will cost you more than you realize, and it will haunt you for the rest of your life. You will never know your child or the grandchildren you could have had. You’ll never know what your baby would have looked like or what he/she could have accomplished because you ended its life via abortion. THINK about that for a moment. This may not mean much to you now while you’re fretting over how you’re going to raise your unborn baby, but years into the future, it WILL matter to you. Think about never knowing your grandchildren….go ahead, take a few moments right now and really consider that you may never have other children or grandchildren to hold, cuddle and love.

The problem with a woman, especially a young, unmarried woman faced with this life-altering choice, is that many in that position have little if any support from family, church, or elsewhere, to keep their child. Many feel alone and afraid and incapable of raising a child; some are very young, still in school, homeless, or jobless. Some or all of those factors together could make a woman feel that having an abortion is the easiest, quickest and most painless way to solve her problem so she can resume her life without the responsibility of raising a child. Sure, having an abortion solves the problem, or seems to, but can a person really avoid all the consequences of breaking one of God’s commands? The truth is that whenever we break God’s commands, which is what sin is, suffering follows. Fornication (having sex outside of marriage) is a Sin…..”avoid fornication” [1 Cor 7:2]; not that all unwanted pregnancies occur among the unmarried, but the majority of them do.

The truth is, having an abortion will NOT remove the consequences of having sex outside of marriage which resulted in an unwanted pregnancy! There WILL BE CONSEQUENCES whether you keep your child or not, but giving your unborn child a chance to live is the better choice. Why choose death when you can choose life instead? Remember that murder is a sin against God, your unborn child, and yourself. Disobedience to God’s law is sin and sin brings forth the death of your soul – Jas 1:15  “…..and sin, when it is finished, bringeth forth death.” Rom 6:23  “For the wages of sin is death; but the gift of God is eternal life through Jesus Christ our Lord.”

Give the gift of life, for God gave you life. Don’t have an Abortion no matter who wants you to or what your circumstances are. Whether you’re the father or the mother of an unborn child, think about what you’re going to be missing if you abort your baby; take a good look at the photo above. Consider the future and the loss of grandchildren and never seeing or knowing what your child may have accomplised in life had it lived. Then, think about the sentence of death which you have brought upon yourself through committing the sin of murder. These are the agonizing facts of Abortion. If you have already had an abortion, you can be forgiven by God if you repent and admit you made a terrible mistake. If you’re truly sorry for what you have done and vow to never do it again, God WILL forgive you and cleanse you of the stain of that sin if you ask Him to – 1 John 1:9.

Those who are born again through faith in Jesus Christ, understand the value of both physical and spiritual life. If you don’t know Jesus, invite Him into your heart today and learn the meaning and value of life. It will change the way you look at everything for, He “makes all things new.” – Revelation 21:5

Warning: If you visit this website you’ll see the horrific reality of what happens to a baby during an abortion.