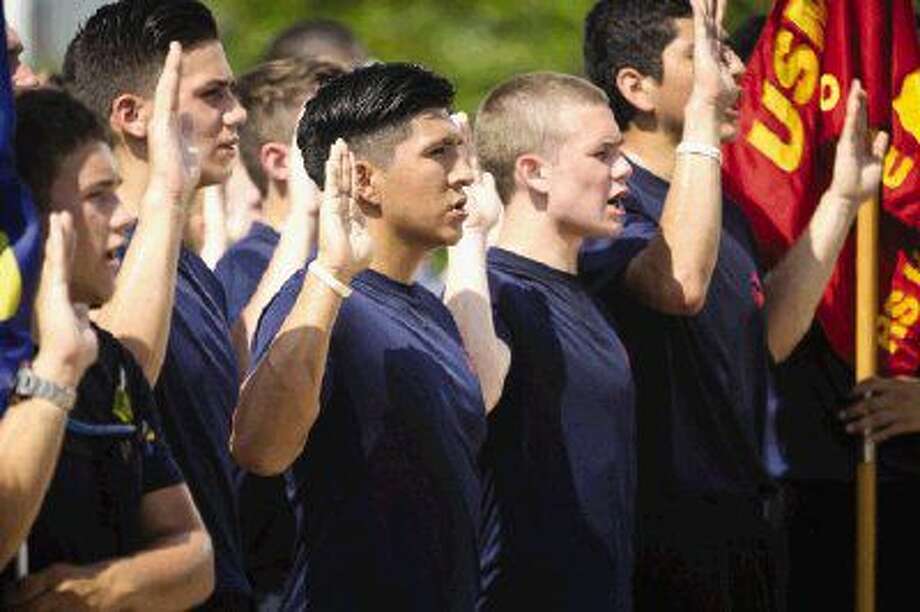 The practice of binding the soul with vows and oaths is of very ancient date, and common to all systems of religion. [1] I want you to pay particular attention to the part about “binding the soul” for that is the power of oath-taking and vow-making, which is why no one should take either lightly.

The biblical definition of “oath” in the New Testament is ‘horkos’ Thayer Definition: 1) that which has been pledged or promised with an oath. One Old Testament word for “oath” is, shebû‛âh; Feminine passive participle of H7650; properly something sworn, that is, an oath: – curse, oath, X sworn.

A Few Old Testament examples of swearing (or oath-taking) –

Heb 6:16  For men verily swear by the greater: and an oath for confirmation is to them an end of all strife.
Heb 6:17  Wherein God, willing more abundantly to shew unto the heirs of promise the immutability of his counsel, confirmed it by an oath:
Rev 10:5  And the angel which I saw stand upon the sea and upon the earth lifted up his hand to heaven,
Rev 10:6  And sware by him that liveth for ever and ever,

As an example, I’ll share a personal incident when the college I was graduating from asked me if I wanted to join the Phi-Beta-Kappa society and attend a special awards ceremony for the high honors students, of which I was one. At the time I knew nothing about college sororities or societies like Phi-Beta-Kappa and I just thought it would be nice to have my accomplishments acknowledged. What I later discovered is that this and any college sorority or society is based upon the Bavarian Illuminati, a secret society! Mystery abounds in secret societies like the Freemasons, the Birch Society, Skull and Bones, and the infamous Illuminati (“Mystery Bablyon the Great”?).

As I stood among my fellow graduating students awaiting the handing out of our certificates of membership in the prestigious Phi-Beta-Kappa society, we were each given a lighted candle to hold in our left hand and told to RAISE OUR RIGHT HAND as we recited words (VOWS actually) which we promised to keep as members of this group! Suddenly I recalled feeling very uncomfortable and didn’t recite the vows but just stood there. I knew in my spirit that something was wrong with the procedings but didn’t know what at that moment. It wasn’t till I got home and began to pray and ask God why I felt uneasy that I learned what was wrong. First, I searched the Bible about the taking of oaths and found old and new testament verses about it. Then, I searched out the origins of sororities and the Phi-Beta-Kappa society and learned it was a branch of the Illuminati. I was horrified and prayed to God as to what I should do about it. The following morning, I called the society and demanded that my name be REMOVED from their membership roll immediately. At first the woman I spoke to there was unwilling to do what I asked, saying that it couldn’t be done because membership was forever and therefore couldn’t be rescinded! At that, I said to her that it would be a waste of their valuable resources to keep me on their membership roll since I wasn’t planning to further my education, and I kept insisting that she remove me. Finally, she gave in and removed my name and contact info. from their membership. After I ended my conversation with her and hung up the phone, I prayed to God again and asked Him if she did in fact do it and He assured me that it had been done in the natural and in the SPIRIT REALM as well. Whew! What a big relief that was to me and a lesson learned to never again make any vows, pledges, or oaths unless I knew to whom I was making them and fully understood what I was doing. All secret societies have RELIGIOUS aspects to their ceremonies, often invoking demonic spirits while performing strange acts like lying naked in a coffin (Freemasonry). I believe that God permitted me to go to the ceremony so that He could teach me that taking of vows and oaths is a very serious matter with Him, not to be engaged in lightly. Because God knew I didn’t know any better, He provided a way out for me.

The overall lesson and purpose for this article is to warn people about the seriousness of taking oaths and to avoid taking them unless required by law, as in a courtroom or in signing certain legal documents. Another, perhaps more urgent purpose however, is to sound an alarm about the ETERNAL OATH [3] which anyone can voluntarily take now (forcibly later on?) in order to join the Illuminati. Landing on the Illuminati website was probably no accident as I’ve been asking God to reveal to me what the Mark of the Beast really is, since there are many opinions floating around about it. The very first thing you see is a symbol or ‘mark’ of their organization which includes an All-seeing eye, a pyramid, a hallo of sorts, and the words ILLUMINATI 666 SOCIETY. Did you get the 666, the number associated with the Beast?! Right below it are these words, “The Illuminati is an elite organization of world leaders, business authorities, innovators, artists, and other influential members of this planet. Our coalition unites influencers of all political, religious, and geographical backgrounds to further the prosperity of the human species as a whole.” [4] It is believed that the Rothchilds, Rockerfellers, and Bildebergers, to name just a few, are members of the Illuminati [5].

Could it be possible that the Illuminati’s New World Order of which many are Luciferians, is the 8th Beast power mentioned in the book of Revelation? Could the “ten horns” or “kings” be ten rulers who rule over ten regions of the world? Some think the European Union which used to be the old Roman Empire is the “king that was, and is not, yet is” Rev. 17:8 & 17. The European Union they say, is a revived Roman Empire which was “one of the seven” former world empires which rises again as “the eighth” and final world empire/kingdom on earth. They may be right.

One possible interpretation is that they are nations or powers of the Antichrist’s Endtime empire that will come from the remains of the ancient Roman Empire, since the 10-horned Antichrist kingdom grows out of the Roman beast (Daniel 7:7) that ruled much of modern-day Europe. If this interpretation is correct, the European Union (EU) could fulfill the prophecy of the “ten horns” and play an important role in the Endtime. [6]

Rev 17:11  And the beast that was, and is not, even he is the eighth, and is of the seven, and goeth into perdition.
Rev 17:12  And the ten horns which thou sawest are ten kings, which have received no kingdom as yet; but receive power as kings one hour with the beast.
Rev 17:13  These have one mind, and shall give their power and strength unto the beast.

Rev 13:11  And I beheld another beast coming up out of the earth; and he had two horns like a lamb, and he spake as a dragon.
Rev 13:12  And he exerciseth all the power of the first beast before him, and causeth the earth and them which dwell therein to worship the first beast, whose deadly wound was healed.
Rev 13:13  And he doeth great wonders, so that he maketh fire come down from heaven on the earth in the sight of men,
Rev 13:14  And deceiveth them that dwell on the earth by the means of those miracles which he had power to do in the sight of the beast; saying to them that dwell on the earth, that they should make an image to the beast, which had the wound by a sword, and did live.
Rev 13:15  And he had power to give life unto the image of the beast, that the image of the beast should both speak, and cause that as many as would not worship the image of the beast should be killed.
Rev 13:16  And he causeth all, both small and great, rich and poor, free and bond, to receive a mark in their right hand, or in their foreheads:
Rev 13:17  And that no man might buy or sell, save he that had the mark, or the name of the beast, or the number of his name.
Rev 13:18  Here is wisdom. Let him that hath understanding count the number of the beast: for it is the number of a man; and his number is Six hundred threescore and six. (or 666)

Did you know that 666 is the SUM of the numbers 1-36 added up together? “Here is wisdom. Let him that hath understanding count (can also be rendered compute, calculate, reckon) the number of the beast: for it is the number of a man; and his number is Six hundred threescore and six.”- Rev 13:18   You’ll learn this and other things about Freemasonry and the Illuminati, like their god Baphomet, whose picture is on the front page of their website. I had a dream in which I saw Baphomet and a man who bowed before it and kissed its ring which had a red six-pointed star on it [7]. The Six-Pointed Star of modern Israel, used by King Solomon of antiquity, is associated with the occult, witchcraft, and the number 666.

Could the ETERNAL OATH of the Illuminati be the “mark” (of ownership) that will condemn whoever takes it to a fiery hell? [Rev. 13:16-20] It’s a fair question in light of the requirements for membership in the Illuminati, whose number is 666 and is pushing for a New World Order. It should be obvious to you by now, that a Christian should never take an oath to any organization, no, not even to join a church membership! Remember, Jesus said, “let your communication be, Yea, yea; Nay, nay: for whatsoever is more than these cometh of evil.” Mat 5:37  This is why I no longer recite the Pledge of Allegiance to the American flag. A Christian’s allegiance is to be given ONLY to the Lord of Heaven and Earth, Yahweh, and to His Son Jesus Christ. Go search for yourself and see if these things are true or not. After you do, I would love to hear from you.